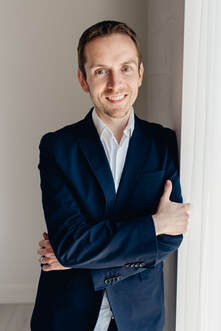 Adam has performed as a member of and soloist for the University of Utah Singers, whom he also performed with internationally in 10 countries. Additionally, Adam has been a soloist with the Salt Lake Vocal Artists, Salt Lake Symphonic Choir, Wasatch Chorale, and Sterling Singers. He was a member of the prestigious men’s septet Consortium for three years, who were fortunate to perform for the UMEA conference in 2015. Adam is a registered adjudicator with UMEA and has judged many choral and Solo and Ensemble festivals.

In addition to choral performing Adam has been very involved in the opera and musical theater scene as a lyric tenor. He recently returned from performing in six productions with the Ohio Light Opera, where he was the cover (understudy) for "Prince Karl Franz" in The Student Prince. He performed in two operas at the U last year, including playing “Bob Cratchit” in a world premier opera A Christmas Carol. He is thrilled to be able to reprise the role of "Bob Cratchit" for this upcoming December performance, and will also be playing "Kaspar" in Amahl and the Night Visitors. This spring he will playing the part of "Candide" in Candide with the U of U Opera at Kingsbury Hall. He has been in eight productions at the Desert Star Playhouse and performed with other companies such as Centerpoint Legacy Theater and West Valley Arts Council.